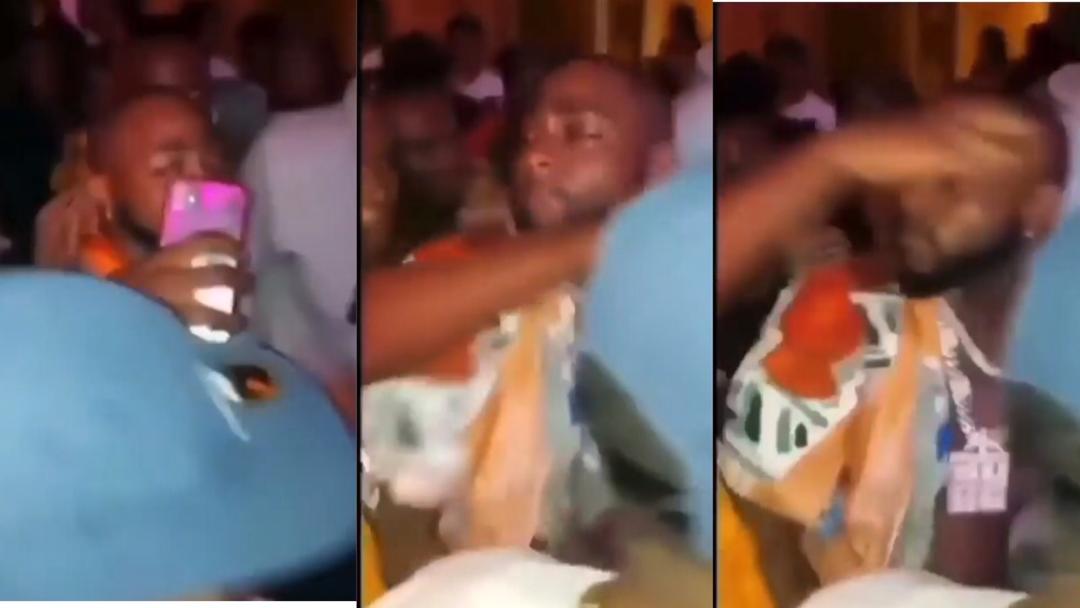 The haughtiness of Davido which is known to many entertainment followers was, once again, made manifested when he visited Ghana over the weekend and hanged out with dancehall crooner Stonebwoy.

In a video making rounds on social media, Davido was seen sharply snubbing a fan who had tried to take a selfie with him.

As the crowd trooped in droves to have a glimpse of Davido and to perhaps come into personal touch with him, an overzealous fan decided to stretch his arm and take a vintage selfie with him.

On the spur of the moment, Davido sharply blocked the fan by somewhat angrily dragging his arm to where it came from with an expression on his face that reads: “Have you forgotten I am Davido? Come on, don’t try that with me anymore.”

If you don’t know why Davido has been in the news off-late, well, he has been in Ghana for a while now to complete a musical project with Stonebwoy. According to close sources, Davido came to shoot a music video with the Putuu hitmaker’ and used the opportunity to get up close and personal with fans.

Stricker of ‘Beast of No nation’ Returns to the street to...

DopeNation – Mei Kachei (Prod. By B2)

Fameye – My Love (Prod. By LiquidBeatz)

Melbourne calling: Three reasons why you should visit it

SAD NEWS: 12 Children Drown in Apam River Despite Ban On...